The Rear-Seat Media System for the 2022 GMC Yukon will be unavailable to order for the remainder of the model year. It's unclear at this time what is behind the availability issues for the system.

The 2022 GMC Yukon is the second model year of the latest fifth-generation SUV nameplate, introducing only a handful of small changes compared to the initial 2021 model year. Now, however, GM Authority has learned that the 2022 GMC Yukon's Rear-Seat Media System is no longer available to order.

The Rear-Seat Media System for the 2022 GMC Yukon is tagged with RPO code UW9, and will be unavailable to order for the remainder of the model year. It's unclear at this time what is behind the availability issues for the system.

As for the specific equipment, the Rear-Seat Media System features dual rear seat-mounted 12.6-inch diagonal color-touch LCD HD screens, as well as Wi-Fi wireless projection capability, two Bluetooth headphones with a pair of HDMI ports placed on the back of the center console.

The Rear-Seat Media System was priced at $1,995, and was previously offered as an optional extra for 2022 GMC Yukon SLE, AT4 and Denali trim levels. The system was not available on SLE trims. 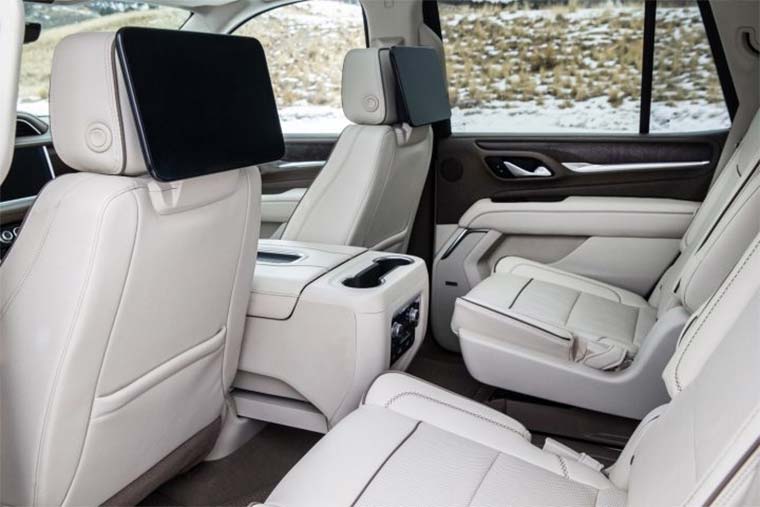 Per GM Authority's previous coverage, GM made a few changes to the Rear Seat Media System with the introduction of the 2022 model year SUVs, including the deletion of the Navigation feature. Additionally, GM changed the USB-C ports to only provide charging, whereas previously the ports could be used as a wired connection for music streaming. The Miracast screen mirroring feature was also deleted.

Under the skin, the 2022 GMC Yukon rides on the GM T1 platform. Production of the SUV takes place at GM Arlington plant in Arlington, Texas.

This article is by Jonathan Lopez and provided by GM Authority originally posted:
https://gmauthority.com/blog/2022/03/2022-gmc-yukon-rear-seat-media-system-no-longer-available

Be the first to know when we post something new! Get the latest information from MARS of Billings straight to your inbox.